The Drinks of Spring

I do believe there’s nothing finer in life than arriving home from work early enough to enjoy a refreshing drink and nice spring weather in a lawn chair in the backyard with a baseball game on the portable radio, before our little one wakes up from his nap and dinner is ready to eat. 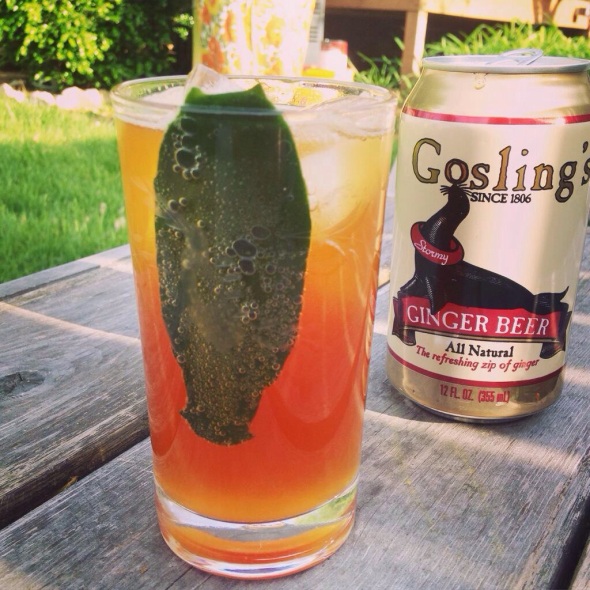 A “Mojito” with cachaca (a “Cachacito”?) 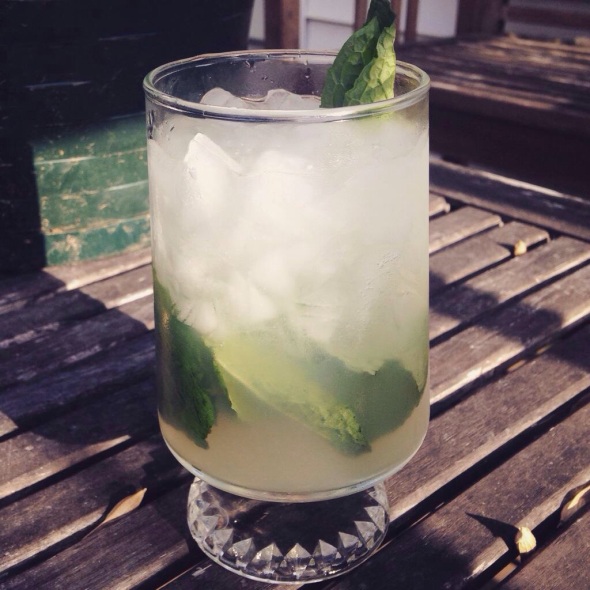 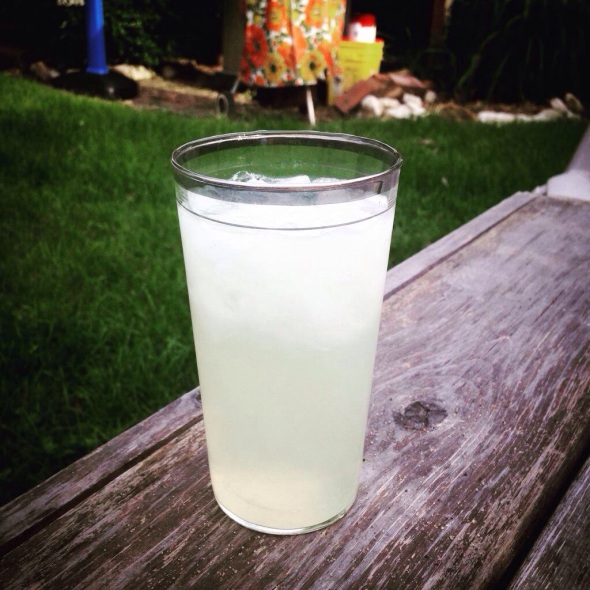 Yesterday saw the Kentucky Derby horse race. Although I love the history and tradition of the culture of horse racing, I couldn’t care less about it as a sport. But there’s so much more to the Kentucky Derby than the sport of horse racing, I love the fashion of the day with the snazzy hats and the outfits that hearken back to an American golden age of good times and revelry, and my favorite part is the drink of choice that day… the amazing Mint Julep.

The Mint Julep and Kentucky Derby is as intertwined as beer and baseball. That’s true for my own experience as well. Although I’ll have a mint julep every now and then on a day other than the day of the Kentucky Derby, I don’t do so as often as I really should. It really is too good of a drink to limit to just one special day. Since the drink outshines the horse racing event in my opinion, the drink should appear in one’s life more than the races as well.

I had my first Mint Julep at a Kentucky Derby party. Every year, a bar in St. Louis called The Royale hosts a derby party and serves fantastic juleps along with great fun and games including live music, charity mouse races and best dressed contests. (I saw Miss Jubilee & the Humdingers play the year I attended, and before that I believe Pokey LaFarge & the South City Three played the event.)  Here’s a video straight from The Royale of how they make a julep: http://blogs.riverfronttimes.com/gutcheck/2014/04/mint_juleps_at_the_royale.php

It’s pretty straight forward and how I prepare mine at home. Here’s a photo of the julep I enjoyed yesterday: 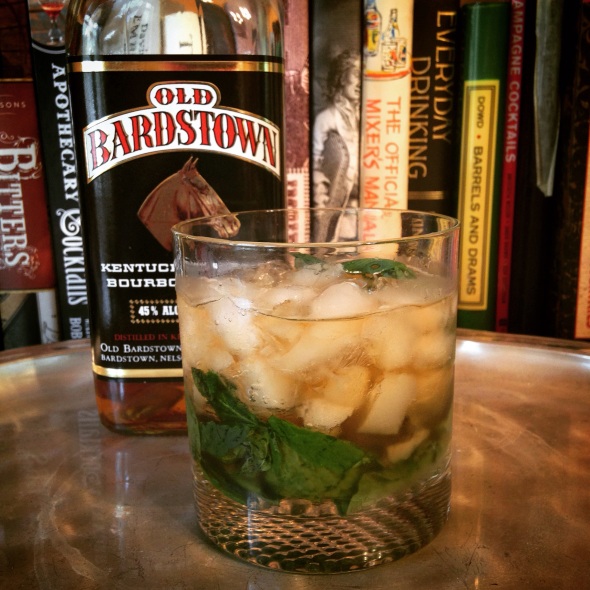 With such an iconic drink comes lots of legendary stories, and the best mint julep story I’ve heard involves those made by Tom Bullock.

Tom Bullock was a St. Louis bartender at the St. Louis Country Club and author of “The Ideal Baretender” in 1917. In a libel suit regarding a claim that he was frequently drunk, former President Theodore Roosevelt testified that he had only had one drink since leaving the oval office and that was Mr. Bullock’s Mint Julep, and furthermore that he had only had a sip or two.

Apparently Mr. Bullock’s mint julep was so good, the St. Louis Post Dispatch felt it warranted to call President Roosevelt out in an editorial claiming that no one could possibly limit themselves to only a sip or two of Mr. Bulkock’s julep. (http://mobile.nytimes.com/2015/02/18/dining/tom-bullock-the-ideal-bartender-offers-words-of-advice.html?referrer=)

The Mint Julep… a refreshing and stiff drink made of only bourbon, sugar, water and mint.  The Mint Julep… a drink that should be placed upon the mantle of America as prominently as baseball and jazz themselves.